JOHNSTOWN, Colo., Feb. 21, 2022 (GLOBE NEWSWIRE) — Buc-ee’s, home of the world’s cleanest bathrooms, freshest food and friendliest beaver, is building its first travel center in Colorado. Planned for Johnstown, CO, approximately one hour north of Denver, Buc-ee’s Johnstown is set to open in 2024. In addition to introducing Buc-ee’s to Colorado, the Johnstown location marks the first expansion for Buc-ee’s outside of the South.

Located south of Weld County Road 48 and west of I-25, Buc-ee’s Johnstown will occupy 74,000 square feet and offer 120 fueling positions just outside its store with thousands of snack, meal and drink options for travelers on the go. The new travel center will also offer the same award-winning restrooms, cheap gas, quality products and excellent service that have won the hearts, trust and business of millions in the South for nearly 40 years. Buc-ee’s favorites, including Texas barbeque, homemade fudge, kolaches, Beaver nuggets, jerky and fresh pastries, will all be available as well.

Buc-ee’s Johnstown will be the most western location and highest altitude of a Buc-ee’s to date. Founded in 1982, Buc-ee’s now has 35 stores across Texas, including the world’s largest convenience store. Buc-ee’s began its multi-state expansion in 2019, and has since opened two travel centers in Alabama, two in Florida, and two in Georgia. Buc-ee’s broke ground on its first location in South Carolina in 2020, then broke ground on its first Kentucky and Tennessee outposts in 2021, which it followed with two more groundbreakings in Alabama.

“We think the Buc-ee’s experience will translate well beyond the South, and what better place to test that theory than one of the coolest states in the West?” said Stan Beard of Buc-ee’s. “Colorado is a popular playground for our favorite customers: families on road trips! Johnstown is perfectly situated in northern Colorado, along a highly traveled route through beautiful country. Buc-ee’s and Johnstown make a great match.”

Throughout the project, Buc-ee’s corporate development team will work closely alongside state and local leadership. Buc-ee’s Johnstown will bring 200 new jobs—90% of which are full-time—to the area, with starting pay beginning well above minimum wage, full benefits, 401k and three weeks of paid vacation. Buc-ee’s remains committed to providing a friendly, safe and fun stop for travelers everywhere.

About Buc-ee’s
Buc-ee’s is the world’s most-loved travel center. Founded in 1982, Buc-ee’s now has 35 stores across Texas, including the world’s largest convenience store, as well as six locations in other states. Buc-ee’s is known for pristine bathrooms, a large amount of fueling positions, friendly service, Buc-ee’s apparel and fresh, delicious food. Originally launched and still headquartered in Texas, Buc-ee’s has combined traditional quality and modern efficiency to redefine the pit stop for their customers. For more information, visit www.buc-ees.com.

This content was issued through the press release distribution service at Newswire.com. 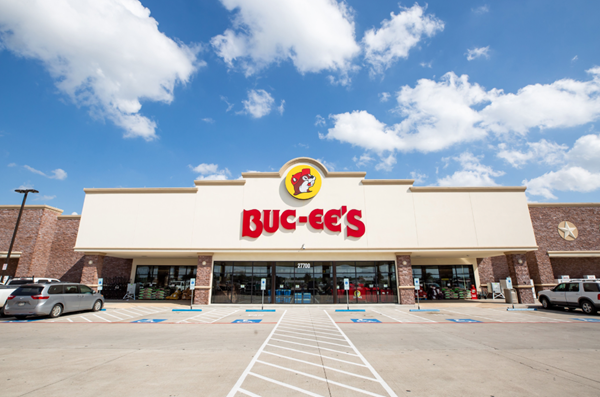