Dive Deep Into The Mad World Of Far Cry, An Epic And Must-Try Free-Roaming VR Game – The Urban List

Welcome to sunny Rook Island, an idyllic, tropical paradise. It’s the perfect place to soak up some sun, and catch up on some much-needed R’n’R—that is, if you had the chance to stick around. Instead, you and your mates are captured by a small army of henchmen and become yet another of the victims imprisoned by the infamous Vaas Montenegro. And boy, does he have big plans in store for you…

Okay team, let’s back up a bit. How did we get here again? The last thing we knew, we were throwing on a VR headset, getting ready to dive deep into the world of Far Cry® 3. But this is Far Cry® 3 like we’ve never seen it before: a totally unique AAA free-roam VR experience, courtesy of the crew over at Zero Latency.

Zero Latency was born and bred in a garage in Melbourne, when co-founders Tim Ruse, Scott Vandonkelaar and Kyel Smith wanted to create a virtual experience that went beyond a computer screen. Judging by the screams inside the 50+ Zero Latency venues worldwide, it’s safe to say they succeeded. 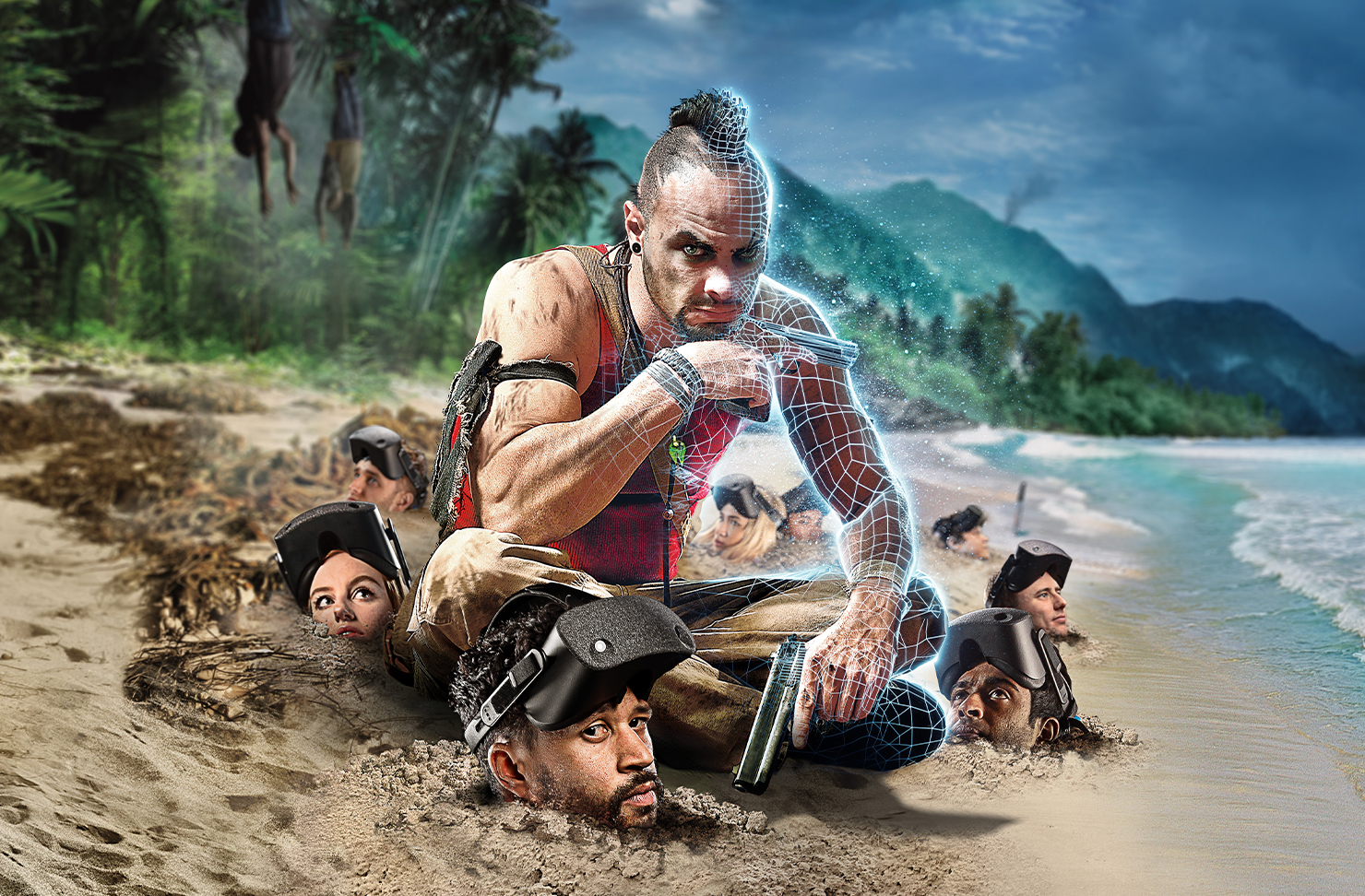 With the recent release of Far Cry® VR: Dive Into Insanity, players will be treated to the original, most advanced free roam VR experience on the market, free from any wires or bulky gadgets to slow you down. Instead, prepare for an epic, arena-scale VR world with premium, immersive games where you can battle it out against zombie hordes, killer robots, psycho pirates, and of course, the worst of them all—Far Cry® 3’s Vaas Montenegro.

Now with 8 locations across Australia, you’ll find Zero Latency in North Melbourne, Dandenong, Sydney, Brisbane, Gold Coast, Sunshine Coast, Perth and, as of December, Adelaide. Zero Latency offers players the chance to experience the only AAA free-roam VR game in the world, bringing one of the most popular Far Cry® games to life as a truly immersive adventure. Up to eight players can get in on the action, making it perfect for established parties looking to try something new, or families seeking a bit of mind-bending fun.

But be warned—Far Cry® VR: Dive into Insanity is not for the faint of heart. Sure, in your head, you know you’re standing in the middle of a big warehouse with your mates gathered around you, but once those goggles go on…it’s weird how easily your brain gets tricked. Within five minutes you’ll be saying things like “Watch your six!” and “I’m covering you!” unironically—in the game, it’s life or death. Take it from the people who guide you through the game.

“We’ve had a few people freak out,” says Game Master Renee. “People often scream. Some people cry. We’ve had a few be like ‘F*** this’ and just run for their lives. The weirdest was this one couple: in the game, his avatar fell off a bridge, and she just started crying.” 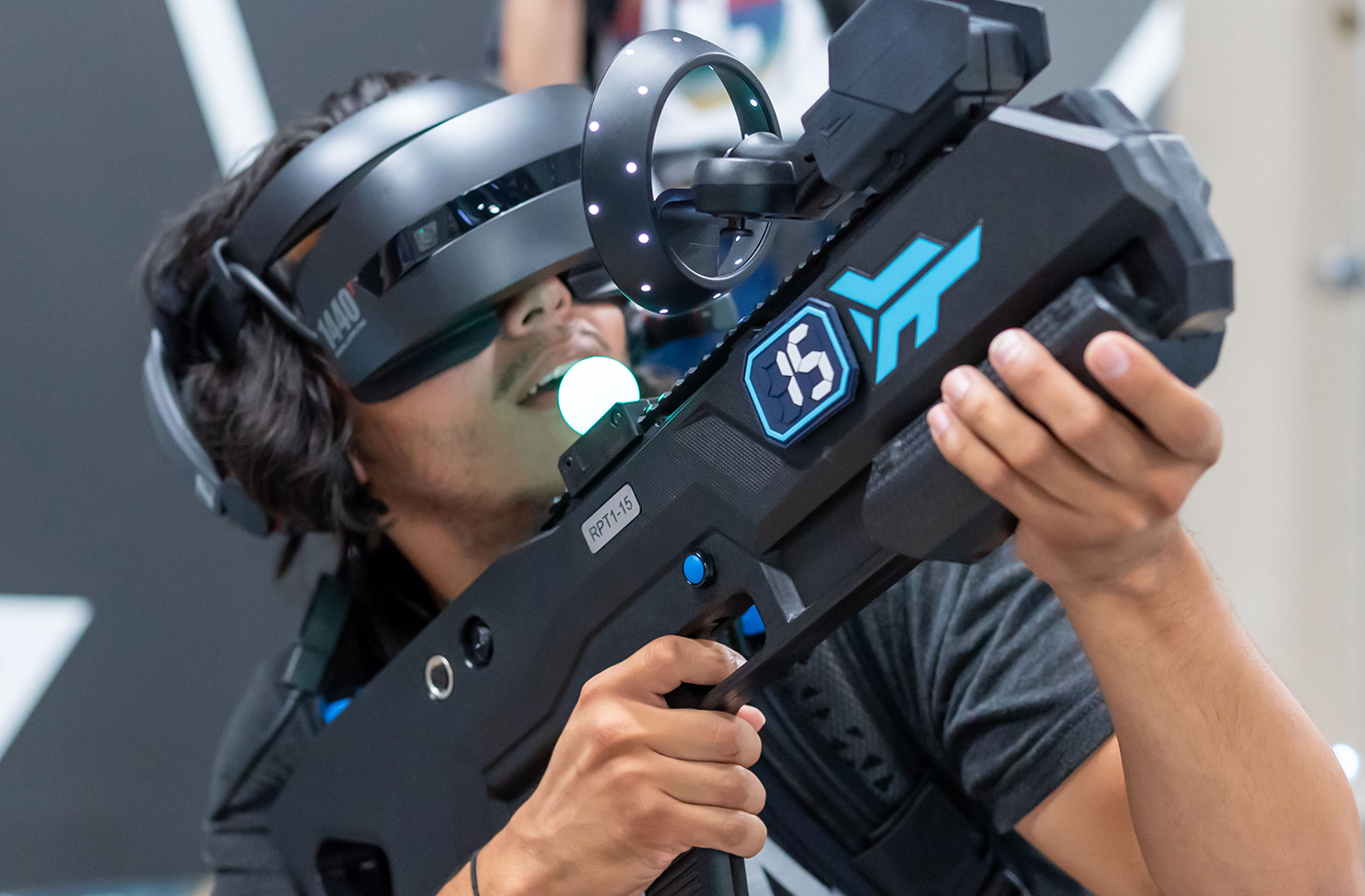 It’s easy to see why. When you’ve got your goggles on, everything feels life-like, from the dense jungle vines to the urgency of outrunning Vaas and his crew.  As you look over the edge of a rickety bridge, even though you know it’s impossible to fall, you find yourself hesitant, edging out slowly, arms spread for balance. It’s trippy, to say the least.

But before you go scampering off to score yourself a sesh at Zero Latency, it’s important to take note of the ground rules. You can’t run (in case you run into a wall or a friend). You can’t pistol-whip Vass or his henchmen, or flail around with your gun (in case you pistol-whip a wall…or a friend). Of course, screaming, “Oh god, oh god no, they’re everywhere!” in a hysterical voice is totally fine.

VR tech has come a long way in the last few years alone. Since being first to market in 2015, Zero Latency have dialled up the reality ten-fold—but even so, they’re not done surprising us yet. We for one can’t wait to see what comes next.

Zero Latency is the only place you’ll find Far Cry® VR: Dive into Insanity, so be sure to check out their site for details on how to book in for a game. They’re even offering a promotion during December, where the top high scorers win $1,000 cash prizes. That’s a win in our book. Click here for competition details at participating Zero Latency venues.

Of course, there are plenty of other games available at their venues, so be sure to give those a go once you’re done defeating Vaas and restoring order to Rook Island. But whether you’re immersing yourself in the mad world of Far Cry® or surviving a zombie apocalypse, your crew is sure to find endless fun this summer at Zero Latency.