VANCOUVER, British Columbia, Dec. 01, 2021 (GLOBE NEWSWIRE) — ESE Entertainment Inc. (“we”, “ESE”, or the “Company”) (TSXV: ESE) (OTCQB: ENTEF) is pleased to announce that it has entered into a share purchase agreement (the “SPA”) to acquire 9327-7358 Quebec Inc. DBA GameAddik (“GameAddik”), a Canadian technology company focused on gaming and esports (the “Acquisition”). GameAddik has demonstrated consistent revenue growth and profitability based on unaudited historical financials. GameAddik operates in Quebec, Canada, and works with some of the world’s most recognized gaming publishers.

GameAddik Business
GameAddik is a technology company focused on the video game industry. The company creates and executes its performance model technology software to generate users and increase the reach of games for its customers, which are primarily video game developers. GameAddik, through its wholly owned brand PWN Games, is considered one of the top CPA (cost-per acquisition) networks for gaming by gamesight.io.

Konrad Wasiela, CEO of ESE, commented, “The acquisition of GameAddik is directly aligned with the ESE’s vision and corporate culture. It sends a clear message that we are accelerating our growth strategy globally and continuing to make strategic acquisitions. The financial performance of GameAddik highlights its world-class executive team’s ability to build and scale as a profitable technology company. Through the addition of GameAddik’s IP and technologies, we have confidence that this Transaction will supercharge our existing business and take it to the next level. This will be a transformational acquisition for ESE.”

Eric Jodoin, CEO of GameAddik, commented, “The GameAddik team is very pleased to join ESE as the new gaming technology unit of the group. Using our specialized expertise in technology and large-scale user acquisition campaigns, GameAddik will be able to power up every asset in the ESE portfolio with enhanced audience reach and monetization capabilities. ESE’s solid presence in the fast-growing esports market is anticipated to bring a whole new set of growth opportunities to GameAddik. We believe the synergies are clear, and this Transaction will affirm our position as one of the leading companies in the gaming industry. With both organizations sharing the same great values and already aligned on a clear vision of the future, we believe the execution of this agreement will be a major catalyst for the success of ESE and GameAddik.”

Pursuant to the SPA, ESE will acquire 100% of the issued and outstanding securities in the capital of GameAddik in exchange for (i) $2,061,000 in cash to be paid on closing or within five (5) days of closing, (ii) $2,751,000 in cash to be paid six (6) months from closing, subject to adjustment based on the working capital of GameAddik on closing and (iii) 7,377,143 common shares of ESE (the “Consideration Shares”). The Company will have the right to repurchase 5,848,163 of the Consideration Shares for nominal consideration if certain revenue milestones are not met by GameAddik for its 2022 to 2024 fiscal years. Following the Acquisition, GameAddik’s key personnel will continue to operate GameAddik’s business.

Completion of the Acquisition remains subject to, among other things, TSX Venture Exchange approval.

About GameAddik
GameAddik is a technology company focused on the video game industry. The company creates and executes its performance model technology software to generate users and increase the reach of games for its customers, which are primarily video game developers. GameAddik, through its wholly owned brand PWN Games, is considered one of the top CPA (cost-per acquisition) networks for gaming by gamesight.io. | http://www.gameaddik.com

About ESE
ESE is a Europe based entertainment and technology company focused on gaming, particularly on esports. The Company provides a range of services to leading video game developers, publishers, and brands by providing technology, infrastructure, and fan engagement services internationally. ESE also operates its own ecommerce channels, esports teams, and gaming leagues. In addition to the Company’s organic growth opportunities, the Company is considering selective acquisitions that align with its objective of becoming a dominant global player in esports technology and infrastructure. | www.esegaming.com

Forward-Looking Statements
This news release contains certain statements that may constitute forward-looking information under applicable securities laws. All statements, other than those of historical fact, which address activities, events, outcomes, results, developments, performance or achievements that ESE anticipates or expects may or will occur in the future (in whole or in part) should be considered forward-looking information. Such information may involve, but is not limited to, statements with respect to: (i) the likelihood of and timeline for completing the Acquisition; (ii) the expected benefits of the Acquisition for ESE, including applicability of GameAddik’s platform to the iGaming industry and synergies between GameAddik’s and ESE’s management teams; (iii) the attributes and results of GameAddik’s technology and offerings; (iv) the expectation that the Acquisition will supercharge and power up ESE’s existing business and portfolio, take it to the next level and be a transformational acquisition; (v) ESE’s ability to bring new avenues of growth to GameAddik and affirm its position as one of the leading performance marketing agency in the video games industry; and (vi) TSX Venture Exchange approval of the Acquisition. Often, but not always, forward-looking information can be identified by the use of words such as “plans”, “expects”, “is expected”, “budget”, “scheduled”, “estimates”, “forecasts”, “intends”, “anticipates”, or “believes” or variations (including negative variations) of such words and phrases, or statements formed in the future tense or indicating that certain actions, events or results “may”, “could”, “would”, “might” or “will” (or other variations of the forgoing) be taken, occur, be achieved, or come to pass. Forward-looking information is based on currently available competitive, financial and economic data and operating plans, strategies or beliefs as of the date of this news release, but involve known and unknown risks, uncertainties, assumptions and other factors that may cause the actual results, performance or achievements of ESE to be materially different from any future results, performance or achievements expressed or implied by the forward-looking information. Such factors may be based on information currently available to ESE, including information obtained from third-party industry analysts and other third-party sources, and are based on management’s current expectations or beliefs regarding future growth, results of operations, future capital (including the amount, nature and sources of funding thereof) and expenditures. Any and all forward-looking information contained in this press release is expressly qualified by this cautionary statement. Trading in the securities of ESE should be considered highly speculative.

A photo accompanying this announcement is available at https://www.globenewswire.com/NewsRoom/AttachmentNg/361584ef-5f7b-466e-b59c-9354da2d9fbd 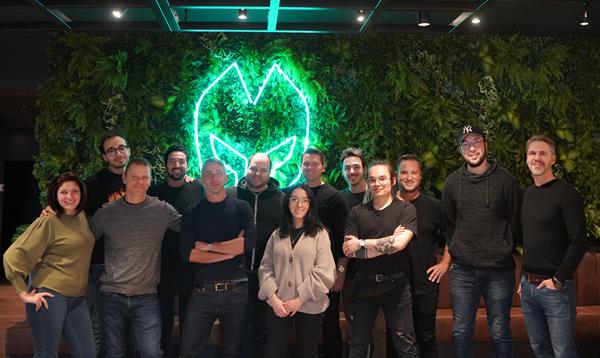