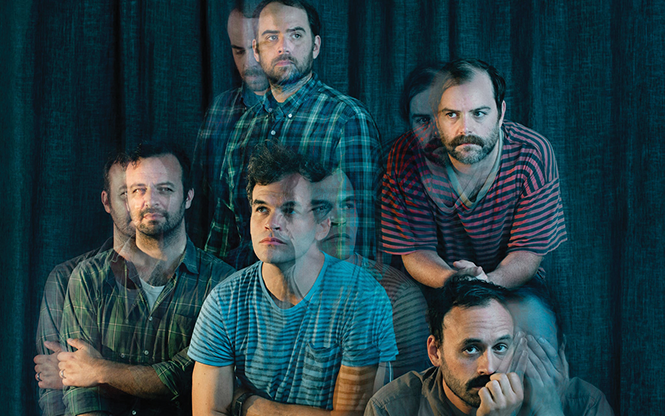 MewithoutYou at The Urban Lounge
A farewell tour that was due for 2020 is finally happening for mewithoutYou, the post-hardcore indie rock band that announced in 2019 that they’d be calling it quits after 20 years making exciting and experimental indie rock. The band’s origins lie in progressive punk and post-hardcore, beginning with the release of their 2002 album A to B Life, a high energy but moody album fueled by compelling, dark guitar parts and the raw, shrieking voice of frontman Aaron Weiss. However, they’d find more fame with their follow-up, 2004’s Catch For Us the Foxes, which found the band shifting into disjointed art rock and poetics, with impassioned spoken-word coming from Weiss. Even as their sound would evolve to trade the theatrics of rock for melodics and careening indie folk aesthetics (2009’s It’s All Crazy! It’s All False! It’s All A Dream! It’s Alright. falling somewhere between folk punk’s spirit and Beirut’s string section), some things remained the same. Namely, that the band’s emphasis on spiritual, religious themes careened between Christianity, Islam and Judaism in much the same way their style has long careened between genres. Hits like “The Fox, The Crow and The Cookie,” while cheekily titled, reference the teachings of a Sufi story. Their last album, 2018’s [Untitled], was a return to guitar-driven heaviness, and some dark and gloom—but with no loss of the energy that’s carried them through their career. In addition to a farewell tour, the band will be celebrating both the 15th and 16th anniversaries of their 2006 album Brother, Sister. They play on Friday, Jan. 14 at 7 p.m. at The Urban Lounge with Unwed Sailor. Tickets to the 21+ show are $27.50 at theurbanloungeslc.com.

Dark Side of Oz at Metro Music Hall
Lovers of super niche urban legends, unite! One of the strangest coincidences in the world of pop culture is coming to the stage, thanks to some local artists. The Discographers are not only taking on the task of tributing Pink Floyd’s The Dark Side of the Moon, but doing so with the famous album paired up with a screening of The Wizard of Oz. If you’re unfamiliar with the pairing of these two seemingly unconnected pieces of media, the story goes that if you watch the film in question with the album in question playing over it, the music syncs up perfectly to the movements of the film. It’s so uncanny, apparently, that some have even wondered whether the album wasn’t made to sync up to the film on purpose. The band, of course, has refuted that rumor. Whether you’ve sat down to test out the theory yourself or this is the first you’re hearing of it, seeing the album played live with The Wizard of Oz playing in the background is sure to be a one-of-a-kind show. See it on Friday, Jan. 14 at Metro Music Hall at 7 p.m. Tickets to the 21+ show are $15 at metromusichall.com.

Ezra Bell at The Urban Lounge
A Portland, Ore. band with Utah roots is returning to SLC—or rather, they’ve already returned. The band Ezra Bell, headed up by vocalist Ben Wuamett and keyboardist Jeremy Asay, was on the biggest tour of their career when the events of 2020 halted it all. It was supposed to be a highlight in a steadily-built career, spanning four albums so far (including the 2021-dropped before all that happened). All those releases and all their past tours helped them perfect their sound—a loose and jangly kind of indie folk that often swings with a dash of blues and jazz, rounded out by Wuamett’s distinctive warble of a voice. “We were used to touring about 50 percent of the time before the pandemic. We had so many songs that we played each day on the road, but we never had the time to record them. So, in October of 2021, we booked studio time to record the upcoming 2022 release, Jorji,” Asay tells City Weekly. Besides Asay identifying it as their “tightest, most succinct and sonically interesting album to date,” it involves a fresh cast of SLC artists, added to the lineup when Ezra Bell relocated during 2020 to SLC, which is also Asay’s hometown (and where he was once a City Weekly freelancer). “This album is taking a picture of a beautiful era that seems to be gone now, one that was more innocent and doesn’t fully understand the political and economic (let alone [the] health) threats of a pandemic,” Asay explains. With a new year and perhaps new challenges on the horizon, let Ezra Bell share their own memories with you when their album releases at The Urban Lounge on Saturday, Jan. 15 at p.m. The 21+ show features openers Night Crew and Tycoon Machete, and tickets are $10 at theurbanloungeslc.com.

Petty Theft at The State Room and O.P. Rockwell
A double-venue feature of sorts comes to you by way of Petty Theft, who will steal your Tom Petty-lovin’ heart. The San Francisco-based cover band has been paying tribute to the songs of Tom Petty & The Heartbreakers since 2003, and fans can be assured that they play just as many radio hits as they do the deeper cuts and more recent additions to the band’s discography. With the real-band having lost their centerpiece in 2017, this is the best way now that Petty has passed to remember and enjoy his famous songs. And this date will agree with both fans in the valley and up on the mountain, since Petty Theft’s little tour includes two stops here in Utah. First, they’ll be headed to The State Room on Friday, Jan. 14 at 9 p.m., where tickets are $24 at thestateroompresents.com. After that, up the hill to Park City, where they’ll surely find another welcome crowd at O.P. Rockwell on Saturday, Jan. , also at 9 p.m. Tickets there range from $25 to $39 at oprockwell.com. With two nights to choose from, hearing the songs of Tom Petty played live won’t feel like runnin’ down a dream. 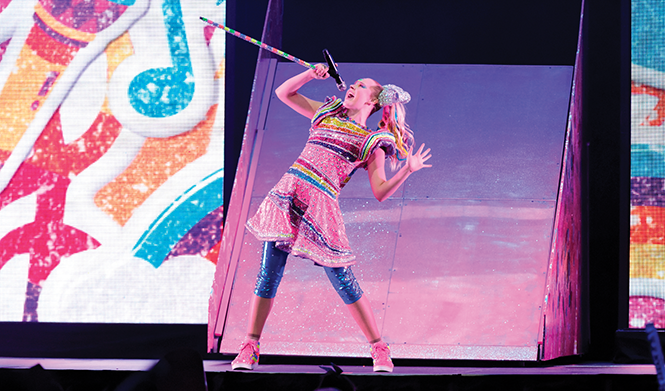 JoJo Siwa
Here’s a music pick for the kids—as in, your kids. That is, if your young ones are obsessed with JoJo Siwa, the singing and dancing rainbow sensation who found her fame on reality TV’s Dance Moms, and has since become a real pop star in her own right. Her first single, “Boomerang,” launched in 2016, and sent her soaring right out of the pageantry of the reality TV dance realm and into the world of pop stardom. Released when she was just 13, the song took on kid-friendly themes about bullying and believing in oneself, and the singles she’d continue to release throughout her teens have been just as inspired. She also takes on classic kiddy aesthetics, though, too, like on 2017’s sugary sweet “Kid in a Candy Store.” She’s continued to release singles and even EPs, including a Christmas EP and 2019’s Celebrate. Everything from her bubblegum pop to her positive outlook and her signature glittery, multi-colored style have made her a smash among kids, and she tours accordingly. Now well out of her own childhood (but still with the big signature hair bows), the 18-year-old star has done more mature things, like coming out as a member of the LGBTQ community and thus also becoming a new kind of role model for her young fans. She’ll be stopping into Salt Lake City with The Belles at the Vivint Arena this Sunday, Jan. 16 as part of her belated D.R.E.A.M. tour. The show is all-ages, starts at 7 p.m. and tickets are $36 – $136 at vivintarena.com.