Here are some concerts taking place in the Minneapolis/St Paul area from September 12 to September 14, 2017. 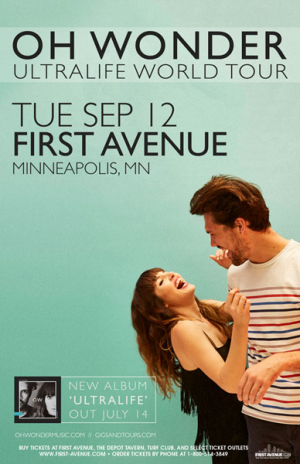 Jaymes Young at Varsity Theater Monday 11/10/14, 7pm $17 Australian Vance Joy (not to be confused with Irishman Foy Vance) is back in ….

Oh Wonder is kicking off their Ultralife tour at First Avenue in Minneapolis on Tuesday.

We caught the British duo at their first Minneapolis show in June 2016 and noted, “This was Oh Wonder’s first time in Minneapolis, and they were incredibly pleased at the turn out and also the historic nature of the venue (it is often associated with Prince as the venue was used often in the film Purple Rain). Of course, with only one album under their belt, the band basically played their entire album live. Hits like ‘Lose It’ were done early in the set, Unforgotten theme song ‘All We Do’ played mid-set, and saving new single ‘Plans’ for the encore.” 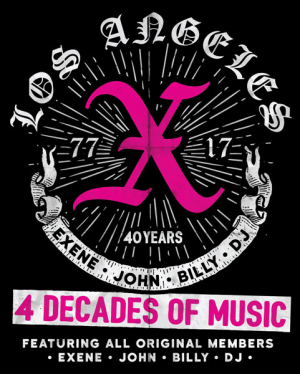 Grrrl rockers Skating Polly will be in town next Wednesday, March 30th. The duo (Kelli Mayo and Peyton Bighorse) was previously in town in in 2014 with White Fang. …

This is billed as a Transmission (aka DJ Jake Rudh) / BNLX release show, but music fans may want to take note that at nearly midnight, The Ocean Blue is scheduled to appear. …

Los Angeles’ X is on their 40th Anniversary tour. They are proud to mention that all the original band members are on this anniversary tour, including singer Exene Cervenka, bassist/singer John Doe, guitarist Billy Zoom, and drummer D.J. Bonebrake.

We previously caught the band in a rare appearance in 2015 and Exene and John earlier this July 2017. Noted, “Another iconic front woman, Exene Cervenka and musical partner from X, John Doe opened the first leg and this show with a short twenty-three minute acoustic set. Half of the iconic punk band came off more like Johnny and June than say, Sid and Nancy, playing a folk-tinged, stripped set that included X classics, and a couple covers.”

Rising punk band Skating Polly is the special guests for all of X’s tour, as we’ve previously mentioned. We caught the sibling band when they headlined the 7th Street Entry in May 2017 and said, “The history of Skating Polly actually started in 2009, when the two step-siblings, Kelli Mayo and Peyton Bighorse were just 9 and 14, respectively. While we were curious about the duo, having written about them last year, the band made a big change in their DIY band in 2017: they added their brother Kurtis Mayo to the lineup.”

DJ Jake Rudh (of Transmission) to play music before and between sets.

All dates with Skating Polly 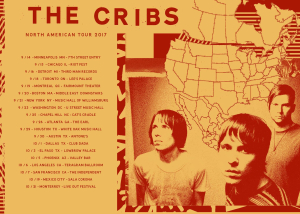 The co-headliner is Paws, a Glasgow-based punk band signed to FatCat Records. The trio’s latest album is Youth Culture Forever, which came out earlier this year. …

The Cribs has a brand new album called 24-7 Rock Star Sh**, and their first promotional tour date in the U.S.A. starts in Minneapolis at the 7th Street Entry on Thursday!

We last saw the trio in September 2015 and wrote, “I think it’s best summed up by The Cribs’ guitarist/vocalist Ryan Jarman as he exclaimed, “Let’s rock like it’s 2007!” referring to their first St Paul show. The trio, featuring twins Ryan & Gary, and younger brother Ross Jarman, are currently touring in support of their sixth studio album For All My Sisters, which came out last March 2015 via Sonic Blew / Sony RED UK.” 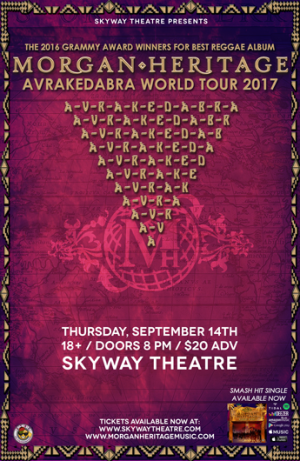 Thao & the Get Down Stay Down

San Francisco-based band Thao & The Get Down Stay Down got down with us at the Cedar Cultural Center on April 1st and we loved every moment of it. The band is currently …

Other shows in the area: